Dress Code: Do We Need a Change? 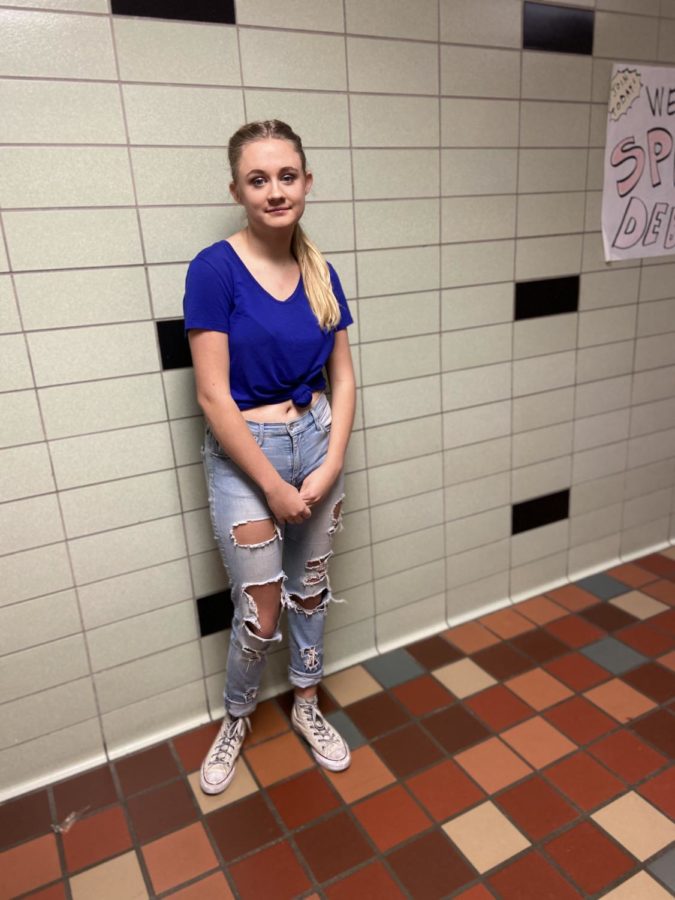 The East High dress code sates: “Student dress and appearance shall not be disruptive to the educational process. Clothing must be modest and appropriate, no student shall wear clothing which is revealing undergarments, the midsection, shoulders, and back must be covered. Necklines must be appropriate. Shorts and skirts must be an appropriate length.”

In today’s fashion trends the media generally doesn’t market clothing for guys that reveals their midsection, shoulders, or back, they market that style of clothing towards girls. Also, some girls don’t have control over their necklines because of their chest size. Like Kambrie White (10) Kambrie has been dress code four times just this year. “It was something that I was trying to control to not get dress coded, but I couldn’t control the neckline at all.” White says about a pantsuit she wore one day to school. Girls are getting dress-coded for things that they can’t control or are trying to control.

It’s not just the girls that see something is wrong with the dress code either. Jayden Roccaforte (11) says, “Girls are specifically dress-coded often for very small things. That’s something I’ve noticed is that girls are more often dress-coded.” Some students think the dress code is unfair for everyone. Kambrie says, “I think that it doesn’t matter what we wear. You watch guys and guys don’t get dress coded, but girls get dress coded all the time. It’s not consistent and its really sexist honestly. I think what’s more distracting is when you go into a classroom and someone’s like I got dress-coded and then there’s a conversation about the dress-code. It’s not what we’re wearing it’s the dress-code that’s distracting.” The boys also see a problem with the dress-code, “I just think that there is a lot more paying attention to the way that girls are dressing than guys. The teachers are only noticing girls when they violate a dress-code. I guess just simplifying it to when/if it does cause a problem then maybe that’s when you should get a dress-code violation.” says Jayden.

Students want changes to be made about the dress-code and the way that the dress-code is enforced compared between boys and girls. “I think that if there is going to be a dress-code it needs to be even between male and female.” says Kambrie White.

On the other hand, there are also people who think that the dress-code is a good thing that students should uphold. “I believe in our dress-code just because school is a place of business, so we absolutely have to dress in a way we don’t offend anybody.” says Mr. Cress about why the dress-code is important to have.